The 1993 Louis-Jeantet Prize for Medicine honours three scientists who work in structural biology, a domain of research that is presently very active.

THE AWARD CEREMONY was held on Friday April 23, 1993, in Geneva (Switzerland). 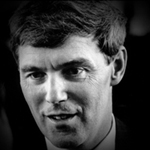 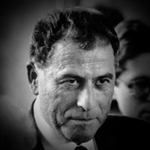 Professor Kurt WÜTHRICH
We use cookies to ensure that we give you the best experience on our website. If you continue to use this site we will assume that you are happy with it.OkNo
Revoke cookies