The 1989 Louis-Jeantet Prize for Medicine honours three researchers who have contributed to understand better certain fundamental mechanisms of the immune system, each in his particular domain.

THE AWARD CEREMONY was held on Friday April 21, 1989, in Geneva (Switzerland). 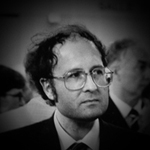 Doctor Gregory P. WINTER
We use cookies to ensure that we give you the best experience on our website. If you continue to use this site we will assume that you are happy with it.OkNo
Revoke cookies